If you watched the debate between Ken Ham and Bill Nye, you may remember that Bill Nye used tree ring evidence to support the idea that there was not a global flood 4,000 ago.  He said that they found evidence of a tree that was dated by humans to be 9,500 years old.

Beside the fact that there’s a big difference between 10,000 and 5,000,000,000 (the supposed evolutionary age of the earth, a problem that wasn’t really addressed), he was playing on a childhood belief that there is only one tree ring per year on a tree.

A little research into the science of tree dating reveals that it is a well known fact that, sometimes, trees produce more rings than one in a year.  I wouldn’t throw away your belief in a young earth based on Bill Nye’s arm chair analysis.

To learn a bit more about the assumptions that go into dating trees, see these articles:

Evidence for multiple ring growth per year in Bristlecone Pines

Remember, evidence isn’t proof because scientists can be wrong.  Even when something is likely to be true, it doesn’t mean that it is true.  Sometimes, unlikely things happen.  In this case, it wasn’t even unlikely.  Sometimes, trees produce more that one ring a year, and scientists already know this.

The evidence for God’s existence is everywhere.  The same evidence is used by both atheists and evolutionists.  This evidence is found in biology, geology, chemistry, astronomy, paleontology, physics and everything else.  The most obvious evidence for God’s existence is the Bible.  It’s hard to top a written document that explains things, but somehow, this most obvious evidence, is often ignored.  This demonstrates that the problem isn’t evidence, it’s how that evidence is being interpreted.  Because evidence has to be interpreted, there is absolutely no way to do science without a faith.  Allow me to restate that.  If you must interpret scientific evidence, then your method of interpretation, or faith, is a prerequisite.

Let’s consider “faith” in “the law of cause and effect.”  We must “believe” in the law of cause and effect, or doing experiments wouldn’t be possible.  When we do an experiment, we naturally “believe” that the experiment is the cause and that the result is the effect.  If we didn’t then we couldn’t do any science at all.  We must also “believe” in the existence of “laws of nature.” Isn’t that what science discovers?  If there were no laws in nature, why do science?   Somehow, we “know” that nature has laws.  We make these assumptions and these assumptions form our faith.  The sum of all of the things we believe or “take for granted,” is what we call a “worldview.”

Did you know that there is a mathematical model for the geocentric (earth is the center instead of sun) view of the solar system?  I am told it is possible to chart the movement of objects in the sky using this model with success.  The model, however, is extremely complicated.  If one insists on the fact that the earth is the center of the solar system, the evidence can be interpreted that way.

I am also told that at one time, Galileo tried to convince the skeptics of his day that the moon wasn’t a perfect sphere, as Aristotle had stated.  He had them look into his telescope and see that the moon was covered with craters and valleys.  They refused to believe their own eyes!  They stated that there must be an invisible crystalline sphere that  covered the moon, filling in its valleys and craters.

These examples demonstrate the limit of evidence.  It cannot prove anything, ultimately.  It can confirm a person’s ideas but it is amazingly inconclusive when faith is involved, and faith is always involved.  Why couldn’t the earth be the center of the solar system?  Why couldn’t there be an invisible crystalline sphere around the moon?  Evidence alone won’t prove the point!  If you try to live by evidence without faith, you will always be easily confused.  I tend to believe the simplest answer, if God doesn’t say otherwise.  The Bible tells us that God is a God of love and hides things for us to discover.  It makes sense that God’s science would be fascinatingly simple.

The faith problem explains why so many evolutionists and atheists disregard the best evidence of God.  They find ways, based on their faith, to disregard things, like the Bible.  It is consistent with their faith to re-interpret evidence, but to so and then act like others shouldn’t, is very inconsistent.  I find that, in general, evolutionists and atheists don’t actually want evidence for God or the Bible, they already have faith in something else that causes them to use the evidence the way that they want.  They may think they are being “neutral,” even though that doesn’t exist, but they are merely holding to their worldview.  If something disagrees with their worldview, they simply create a new possibility, based on the unknown, and reinterpret the evidence.

Bible believers actually have a more strict position.  Unlike evolutionists, I can’t just make things up.  God’s words are pretty clear and never change, and I have to stay consistent with them.  It is true that when I don’t understand something I use conjecture, just like the evolutionists, but I try to stay within the confines of what God has said.  I’m not asking evolutionists for evidence, though, because I am aware that the real issue is that evolutionists have an opposing faith.

I have a good reason to believe in God and science.  Evolutionists and atheists don’t have a good reason to believe what they believe.  The demand for evidence is just being used as a way to suppress the fact that what they believe doesn’t make sense.  Take the “law of cause and effect” for instance.  How can evolution explain the existence of a law like that?  If things change randomly, what’s to stop the law of cause and effect from changing randomly?  As far as I can tell, evolution doesn’t provide a rational framework for the existence of any law.  In order for an evolutionist to believe in science at all, they must irrationally rely on biblical assumptions.  The Bible says that the earth was created by a Person who never changes and makes laws.  Because of that, I have a real reason to believe in science.  Evolution, however, cannot rationally support the worldview that must be assumed in order for science to exist.

Neutrality is actually a fallacy. That’s because “neutrality” is a position.

A person who decides to be neutral is taking a position of neutrality, therefore, they are not being neutral.   They are relying on a self-refuting logical argument. Not only that, they are implying that every philosophy that takes a position is wrong, usually while convincing themselves that it is an expression of tolerance!

It is not unusual to hear people assert that they come to scientific evidence neutrally, but this a denial of the obvious fact that everyone takes a position.  Evidence can’t talk (even though some say it speaks for itself). Evidence requires a method of interpretation or else the “evidence” is just a set of objects without significance.  To deny the method of interpretation is another way to deny taking a position.

It is also common for nations, business and individuals to claim the be neutral in regard to religious beliefs.  Once again, this attempt to tolerate them all, denies them all since all of them are asserting their own position.  Just because a person claims to not be doing something, doesn’t mean that that is what they are actually doing.  You can claim to love someone while harming them.  The same thing happens when a person claims to be religiously neutral and then disallows any of them to be expressed.  The fact is that a secular position is being promoted under the disguise of “neutrality.”

The claim: “I am neutral” is itself a non-neutral claim because it assumes that “Neutrality exists.” Asserting this claim, is taking a position against those who don’t believe it exists. When a person asserts a position, they are not being neutral. Therefore, the claim that neutrality exists is a fallacy.  Dr. Jason Lisle calls this fallacy: “The Pretended Neutrality Fallacy” in his book “The Ultimate Proof of Creation”.

Both Evolutionists and Creationists aren’t really neutral. They may convince themselves that they are, but by choosing to believe in neutrality they are not only taking a position, they are being irrational. It’s understandable that evolutionists would be irrational, because they don’t have a basis for logic or morality in their worldview, but Christians actually have a moral obligation to be rational because it’s biblical.

Christians are supposed to be honest about the fact that they are not neutral. Jesus said that people were either for Him or against Him. He never said that there were people who were “on the fence.” Instead, He made it clear that the fence didn’t exist. By doing this, He exposed everyone’s position. Claiming to be neutral is to say that Jesus is wrong. When you say that Jesus is wrong, you taking a very bold, non-neutral position.

So, the claim that a person is neutral is fallacious because it is based on the non-neutral position that neutrality exists.  Christians should be aware of this and not be persuaded by the fallacy of neutrality.

It is evident that Bill Nye committed a significant logical error in the recent debate with Ken Ham at the Creation Museum.  The problem with a logical fallacy is that it can sound right to people, even though an argument hasn’t really been made yet.   This article explains the fallacy that Bill Nye committed every time he would contrast “us in the scientific community” with “Ken Ham’s creation model”.  This article does a great job of addressing what the “no true Scotsman” fallacy is, how Bill Nye committed it and how he was merely insulating himself against responding to the issue.  Instead of answering with a discussion about why Ken Ham’s creation model wasn’t scientific, he merely implied that real scientists don’t use it.  In a very real sense, Bill Nye didn’t actually debate the issue.

You can read more about Bill Nye’s use of the “No True Scotsman Fallacy” here.

Here’s a great quote from it:

…early creation scientists forged the paths of each of today’s major scientific branches of inquiry, like Isaac Newton’s physics,4 Matthew Maury’s oceanography, Louis Pasteur’s immunology,5 Michael Faraday’s electromagnetism,6 and George Carver’s agriculture.7,8 Are we to believe that Newton and Pasteur were not real scientists?

Apparently, facts like these do not matter to someone who is so fully committed to the false idea that real scientists only believe in evolution that he is more than willing to adjust the very definition of scientist to preserve his argument.

I’ve been finishing my next devotion book… Stay tuned.

I want to address one of Bill Nye’s supposed pieces of evidence about evolution he offered in the recent debate between he and Ken Ham from Answers in Genesis.  He showed a slide with a bunch of skulls on it and suggested that it was some kind of proof for evolution.  In this video, Dr. David Menton, who is actually an expert in these things.  Explains the real issue and does so in a very enjoyable way.

I’m sure the video is easily worth the money (I have his whole “Body of Evidence” set) but the trailer is educational in itself.  Check out: 3 Ways to Make an Ape Man.  By the way, Answers in Genesis has linked the video to articles explaining away other things that Bill said as well.

Only $1 per month.
First month is free. 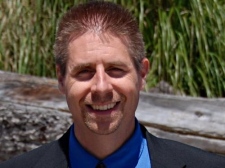